Being a techie, I know the benefits of having more than one operating system running on the same machine. I myself dual boot Windows 7 and Ubuntu on my HP DC7900 machine for educational / personal purposes. The HP DC7900 is an awesome budget machine: Here are some great HP DC7900 Deals on Amazon. I do most of my GNS3 networking labs within Ubuntu while doing video editing, Adobe Photoshop etc. on the Windows 7 operating system. No matter how much you hate Windows, the majority supports this operating system and great proprietary software is made for it. 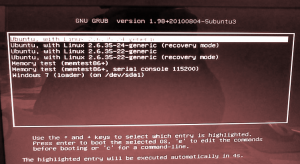 However it is more complicated if you install Windows 7 after Ubuntu installation. This will totally mess up the boot loader and replace it with the Windows 7 boot loader. Recently, this happened to me and I thought I lost my Ubuntu installation forever. Windows won’t recognize your Ubuntu partition but don’t worry you can recover your Ubuntu operating system with a few minor tweaks.

All commands in bold should be typed without quotes. Type in “Sudo Su” to enter the super user mode. Now type “fdisk -i” to search for Linux partitions. Your target Ubuntu partition will say Linux under the system column. Now you must mount that partition by issuing the command “mount/dev/sdax/mnt” without the quotes. Now you can type grub-install –root-directory=/mnt/ /dev/sda to install Grub. After hitting enter you should be done with the installation of Grub, no errors should be reported and you can restart the computer.

After your system starts up again, you can use the arrow keys on your keyboard to navigate within the Grub boot loader. I love dual booting Windows and Ubuntu as it provides you the best of both worlds. What are your needs for dual booting? Do you run a Linux variant other than Ubuntu? What is the best version of Ubuntu that you have used? I love hearing comments on my posts so be sure to participate. 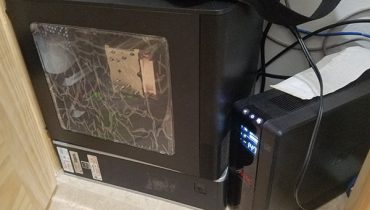